We are proud to be nominated for our VFX work on The Crown and Lovecraft Country at this year’s Emmys.

James Whitlam, Framestore’s Managing Director - Episodic, said: “On the face of it The Crown and Lovecraft Country couldn’t be more different, but they’re ultimately united in their need for seamless, world-class visual effects that help support and propel their storytelling. In a way they showcase the alpha and omega of our work here at Framestore, from otherworldly creatures to impeccable ‘invisible’ VFX, and we couldn’t be prouder to be nominated for Emmys for both titles. A huge congratulations to our clients, to Grant Walker, Andrew Scrase, Oliver Bersey and Standish Millennas for their nominations, and to all the Framestore artists who worked on these shows.”

In addition to The Crown and Lovecraft Country, Framestore also provided VFX work for Disney+ title WandaVision, which was nominated for the Outstanding Special Visual Effects In A Season Or A Movie category.

Our teams also visualised several fully-CG worlds for the Netflix speculative natural history series, Alien Worlds which has been nominated for a News & Documentary Emmy in the Outstanding Graphic Design and Art Direction: Documentary category. 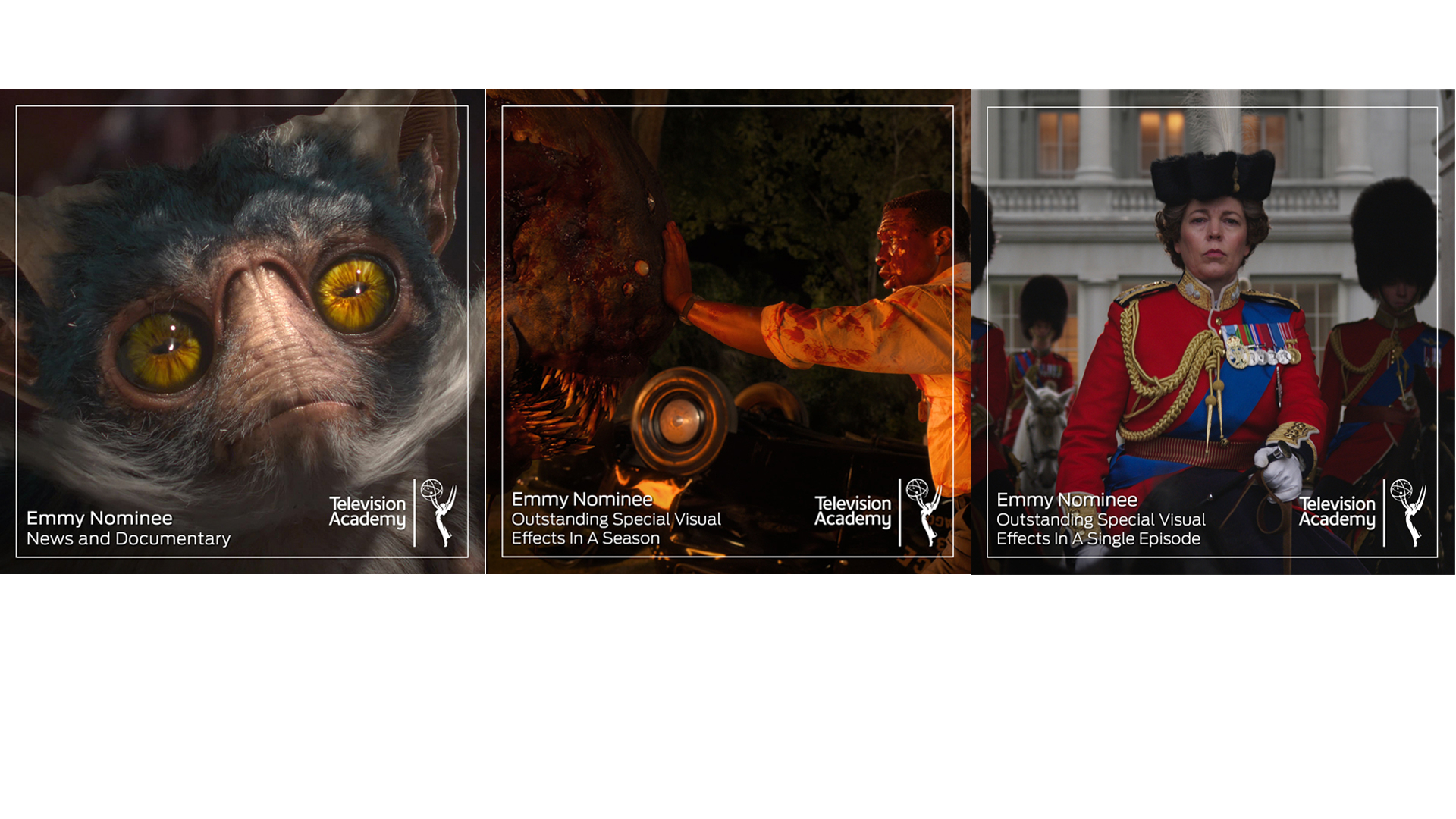